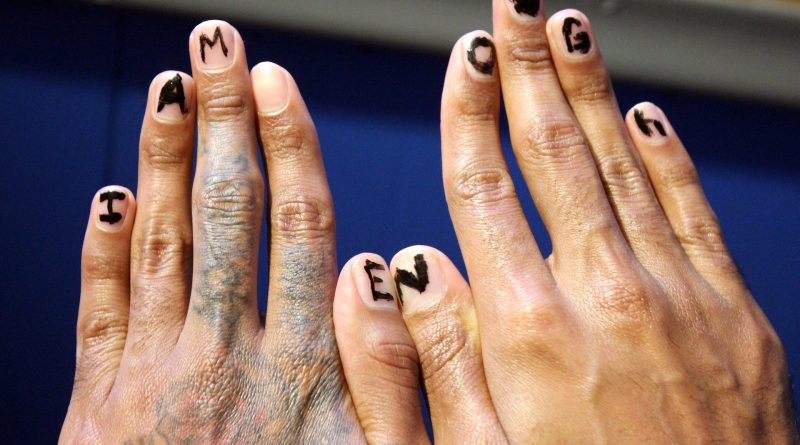 Firstly, read this excerpt from Imperial Business School which I found pertinent;

In the UK each year, around 70 million working days are lost due to anxiety, depression and stress-related conditions, making it the leading cause of sickness absence (Mental Health Foundation, 2015). Recognizing the magnitude of the problem, the NHS, now has a more national focus on mental health than ever before with NHS England establishing a ‘parity of esteem’ programme valuing mental health equally with physical health. Mental health disorders constitute the single largest cause of disability in the UK with one in four adults and one in ten children estimated to experience mental illness during their lifetime. Furthermore, those suffering from severe mental disorders are at risk of premature death, dying on average 15 – 20 years earlier than the general population, mostly due to cardiovascular and respiratory disorders. These are, however, global challenges and not unique to the UK. In developing countries such as China and India, there is lack of access to decent mental health services for the vast majority of the population, especially in the non-urban regions.

Digital technology or e-health has the potential to transform mental healthcare by involving patients, services and health information in novel ways, yet adoption of such innovations across mental health providers has been limited.

In recent years there have been a number of digital innovations in this space, with web and mobile app-based solutions offering patients greater access to information and services and supporting clinical management through access to electronic health records. These range from mental wellbeing apps such as Write Mynd, apps that help with sleep such as Pzizz to solutions such as Monsenso that supports early intervention through predictive mood evaluation and Helios that offers accredited on-line psychological interventions. One of the key challenges in adoption of these solutions is the substantial gap in the clinical and economic evidence base underlying these technologies. This, however, also presents the opportunity for healthcare providers, innovators and policy makers to come together to address this challenge and develop innovative models of care. Use of test bed programmes such as the RAIDplus integrated mental health urgent care programme is one such example that brings together academic, voluntary, provider and industry partners together. Within the Imperial College Health Partnership, Central and Northwest London NHS Trust has begun implementation of the Monsenso solution within its early intervention services to support patients with Schizophrenia. This, however, has not been without its challenges, requiring executive leadership backing, a robust programme of clinician and mid-level management engagement and dedicated support from ICT colleagues.

I write a lot about how technology can be leveraged to remove ‘friction’ in various circumstances. From retail to online, you can always do more to make the user experience better. One sector I have had involvement in (both professionally and personally) is the healthcare sector & its peripheral services such as organisational charities who provide support for the vulnerable. Be that for alcohol addiction or substance misuse for example. I’ve also delivered software to help the sexual health sector, but we’ll come onto that (no pun intended, this is a serious topic!)

As I get older, our own health & wellbeing alongside those of our families becomes ever more important. I have listened to the stories of my partner who has had to deal with a grandparent with Alzheimer’s (the main reason I developed SmartWhere) and now my focus and attention has been brought to this fragmented sector as I present a few ideas in how we can leverage technology to help. I’m off to discuss this with people soon, but it’s something which interests me and I wanted to write some notes down.

It must be said advancements & innovation in Mental Health particularly is long overdue. Healthcare advancements such as Telemedicine is booming leaving MH lagging further behind. The unique and somewhat complex nature of MH services make it very difficult to develop technology & innovation which successfully intervenes in human behaviour and creates decent (and measurable) outcomes. However with more advancing research and awareness around MH issues, technology innovation has an opportunity to help change the sector both for those who need it, and for the charities which support it.

SmartWhere was the project of using low-cost electronics from companies such as Adafruit to embed into clothing. The components would consist of a micro GPS tracker with battery, with a backup 3g component to allow the transmission of a location to an app on a smartphone. Miniaturising the components of this and embedding it into clothing (an item more unlikely to be forgotten than for example a mobile phone) allowed carers to effectively track their family and loved ones with Alzheimer’s. (wandering off is a common problem). Using geo-fencing from within the app allowed alarms to trigger when that person wandered outside a ‘zone’. Paired with Boolean If-then-That logic actions could be set up for example to contact the emergency services if certain conditions were met.

The mobile app was written in Xamarin, for both IOS and Android allowing zones to be set up and tracking of ‘assets’.

I was able to get the tech into jackets, shoes and jumpers and so SmartWhere was born. This is a classic example of how technology which doesn’t have to cost a lot could be used for practical real world care. very specific though.

Spotting issues at the Start

One of the key things with complexities of dealing with alcohol dependency or substance misuse is for the person with the problem to have an avenue to go down to talk to someone in the first instance. In a lot of cases having no one to talk to (in respect to depression) leads on to further issues and yet approaching a charity or arranging a personal intervention may be a step too far or a bigger bridge to climb over in the first instance. On the other side of this, charities are torn between trying to help, being available, having government and funding pressures and KPIs to meet and the actual cost to co-ordinate and place physical assets with people who need help is such a tough problem to solve.

In many examples a newer generation of people with mental health problems which lead on to other issues is growing. Amazingly 1 in 6 people experienced a common MH issue just this week and you can see other statistics here. There’s a great info-graphic below from Nuffield which shows how digital is being used in this sector; 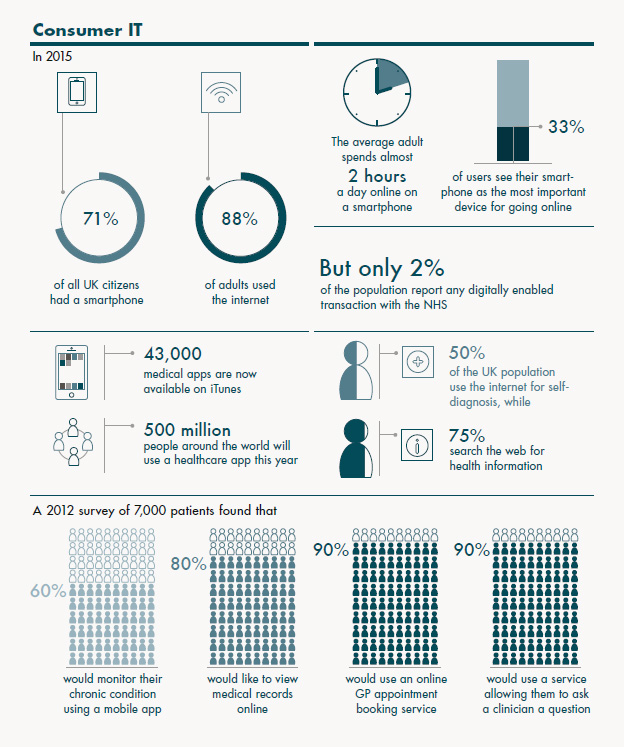 I went to the Depression Clinic online & took their online depression test. No matter how I answered, even positively, the advice was I needed to call them as I had some form of depression (I don’t by the way) which leaves me to think there’s a massive mis-diagnosis going on here and is where a human being is much more valuable. I was pretty shocked that no matter how I answered (and I really know how these tests work) I was being told I had a condition I’d not.

In the outset, Skype and other video conferencing could be being used much more effectively in the industry. The relatively low cost of Skype means it’s instantly feasible and accessible for most.

One of the benefits of using Skype is its more cost effective for the charity. It would however be easy to forget that a natural habitat for most Y genners and below is Facebook.  Bots, can be somewhat quickly and effectively set up to provide a range of interactive and contextual services to users. Be they triggered on keywords or phrases, identifying vulnerable people through their typed inflection, words, phrases is something which could be explored further. I POC’ed this for the finance sector, you can read about it here  and in particular, used Microsoft’s wonderful Bot SDK which is growing in maturity every day.

Testd was a classic example of how simple software integration can work wonders for a sector. Using an API with the London laboratory we were able to deliver a Doctor led screening service and subsequent sexual health testing kits in a fraction of the time which allowed users to self-diagnose and test much more accurately. The sites here, and there’s a screenshot below. 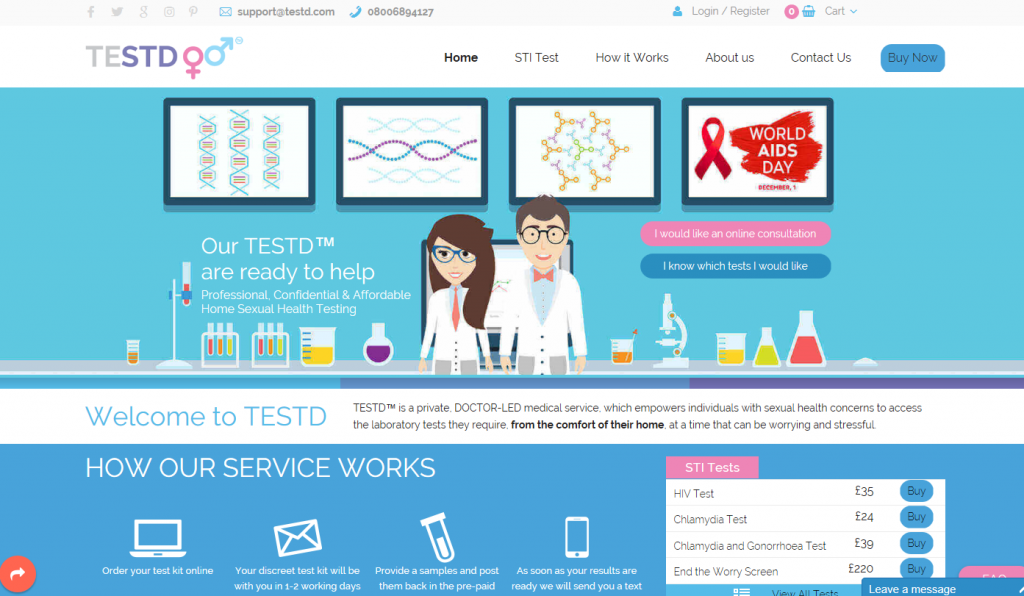 Pacifica is excellent, offering up tools to de-stress and cope with anxiety all based on scientific research, cognitive therapy and meditation. You can read about the science behind Pacifica here  but what interests me the most is the gamification and sheer accessibility to a tool like this. Using big data and offering back all this to clinicians is excellent and I thoroughly expect to see a whole raft of these apps in the coming months. It’s already one of the biggest apps in the US.

I have two aims I guess in this sector. Its to best utilise video to allow intervention via video conference rather than expensive 1-2-1s. In the first instance, there’s no way I don’t think that a video intervention wouldn’t be as good. It would save time, money & be so much more accessible for people than taking that huge first step and talking to someone face to face ( a big barrier in the first instances of self-diagnosis)

Implementing a P2p Skype session and being able to trigger that from a website with presence availability for various consultants is super easy to set up and just requires bums on seats.

My second aim is to use intelligent chat bots in familiar digital ecosystems such as WhatsApp and Facebook Messenger to allow the initial touch point to be done over messenger, recognizing key phrases, terms, and actual calls for help to intelligently route that user to a suitable resource for help, be that a charity, a consultation (see video intervention above) or something else.

More to come on this soon. I can see a few late nights coming on. 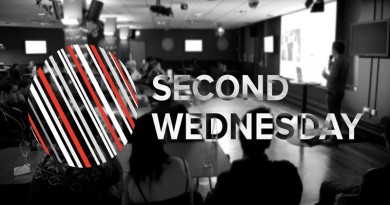 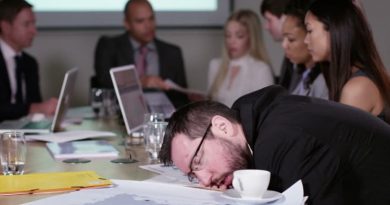 Don’t have a meeting. Please. 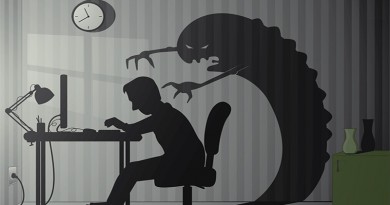 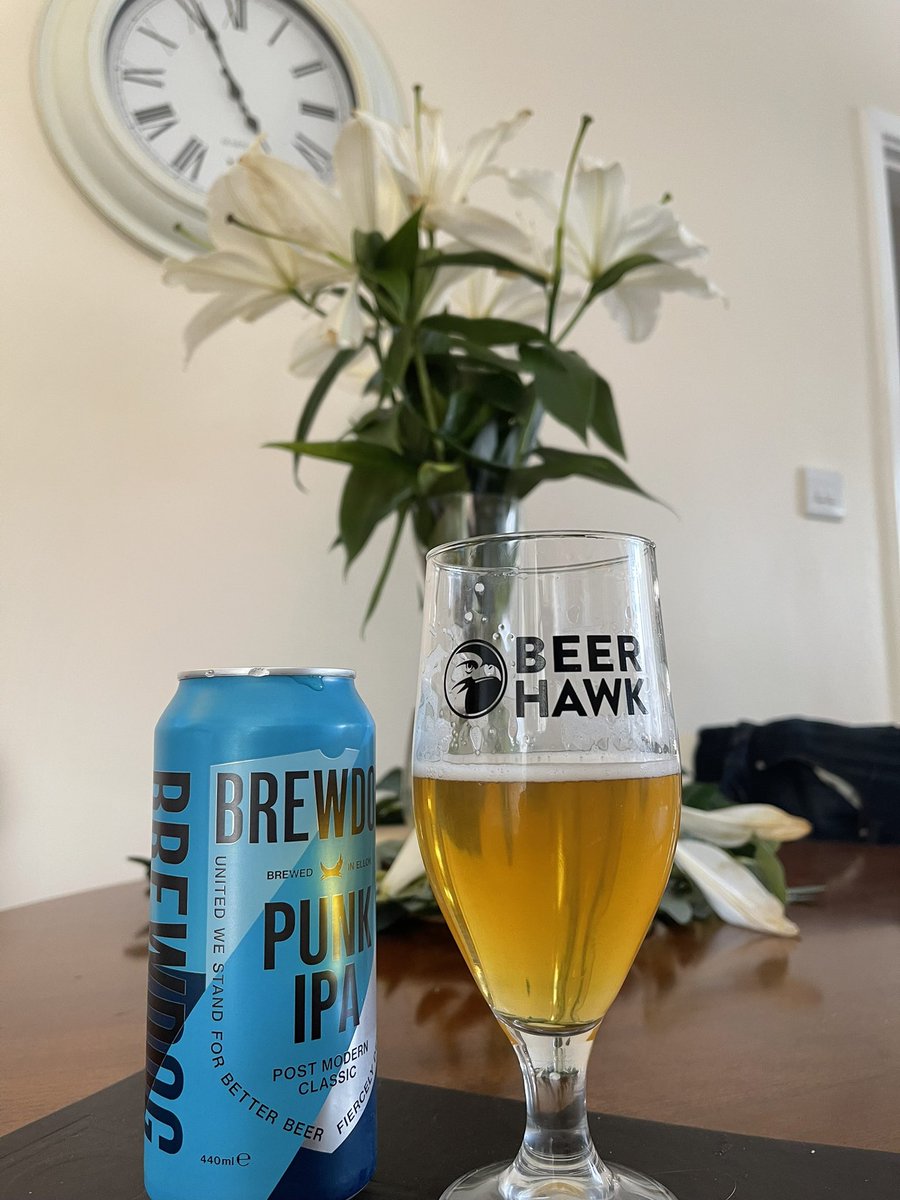