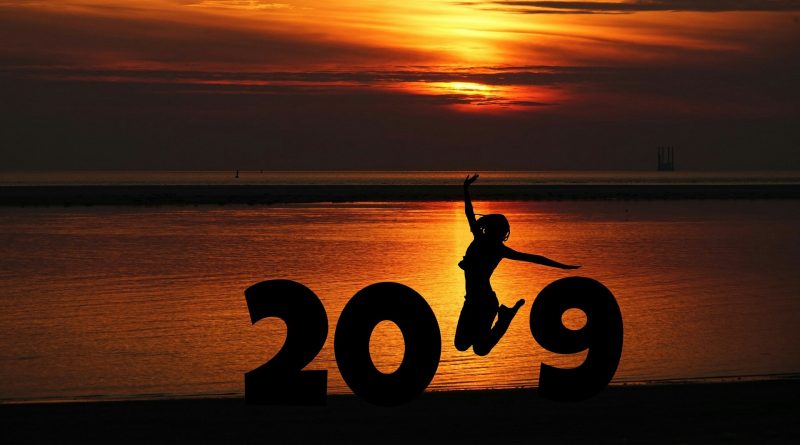 I always try & write up my thoughts & musings for each year, with a summary of my learnings, experience and plans for the next. A journal for myself more than anything.

I hope you’ve all had a wonderful 2019 and are looking forward to 2020 whatever that may entail. It’s not been the most straight forward year for me, but we’re getting their slowly.

Let’s start with some technology;

The conversation around data has been at the foreground of many a conversation over the last twelve months. The public becoming more & more aware of how they create data and how companies are using that data, all of a sudden people are reading those T&Cs, they are checking their privacy settings, and they are starting to ask questions around the benefits and pitfalls of some of these platforms we all use and love. In the board room I’ve worked with a couple of clients this year helping them to understand the data they create & then leverage that to make their business better. Both public sector and both now starting to leverage the power of Big Data to revolutionise what they do. I’ve done this by building out ontology’s, using ML and AI driven software such as IBMs Watson & Tableaux, to demonstrate actionable decision-making capability using the data these companies create anyway. The ‘Big Data’ analytics market is set to reach $103 billion by 2023 and certainly data science is going to be even bigger in 2020. Mckinsey have a relatively lightweight but interesting read on the subject of Big Data, which you can read about here

I got a bit sick and tired of people explaining how it works and what it is, (and doing a poor job of it I hasten to add) but I think we can all agree other than powering Cryptocurrency and in itself being a couple of decades old technology already, Blockchain was very much the solution to a problem we don’t yet know we have. The BBC Sounds podcast by Jamie Bartlett brought to life to the One Coin saga which helped keep Blockchain at the forefront of many a conversation but ultimately, we don’t really care about decentralised ledgers. Having said all that, Gartner suggests spending on Blockchain research and implementation will by around 11.7 billion by 2022 with 66 percent of global organisations showing some level of interest in it. May 2020 is the year to become a ‘blockchain expert’. Deloitte have quite a nice piece of research on Blockchain which you can read here 5G rumbles on with the tin foil hat brigade claiming it’ll kill us in time, and medical advisory counsels along with the cellular companies themselves scrambling to do enough research to prove otherwise. Whilst I’m yet to see 5G at it’s best, I understand if you’re in the right area with the right handset, the speed is blisteringly fast, but I also see a lot of demand for people just wanting open Wifi that’s reasonably quick and works – especially on public transport. Blasting millimetre wave radio into our faces is definitely untested, and we’ve all been the guinea pigs this year, so let me know if you start growing extra limbs or turning a shade of green! Companies such as Huawei are getting into hot water with the rest of the world, first pushing the first 5G network, then being banned in most countries to use it, due to its reported links to Chinese Government.

Our political leaders both sides of the pond.

It’s no surprise that much of the world has been fixed on both Trump’s presidency and his often-outrageous tweeting and the farce that Brexit has been, led by our equally incompetent Boris Johnson. The UK political system is in an absolute shamble’s and for the first time ever I am not ashamed to admit I spoilt my ballot paper. I mention politics here (something I rarely discuss) only from a tech perspective, because just as in the business world I work in, one of the things which concerns me is weak leadership. These are world leaders who know nothing about technology (well not a lot about most things actually) but with Trump blocking country-to-country trade deals severing product capability (example, Android phones to not have access to Google services) to Labour demanding we have free broadband for all, the pair of them want putting in a sack and floating out in the pacific to be left as food for the gulls. I’ve been involved (in various capacities) several complex digital transformation projects (important ones, some impacting millions of UK people) and the lack of leadership competency which directly contributes to the failure of these projects is astounding. We are at the vanguard of so much important technological innovation which could genuinely revolutionise the planet, from automation, to personalised & predictive medicine, extended reality, AI as a service, we’re reaching that point where technological capability is meeting our appetite for ideas and our abilities to implement them. These technologies could change the way we do everything for good but I fear our only limitation is our own stupidity.

In the three months since He Jiankui announced the birth of twin girls with edited genomes, the questions facing the scientific community have grown knottier.

By engineering mutations into human embryos, which were then used to produce babies, He leapt capriciously into an era in which science could rewrite the gene pool of future generations by altering the human germ line. He also flouted established norms for safety and human protections along the way.

There is still no definitive evidence that the biophysicist actually succeeded in modifying the girls’ genes — or those of a third child expected to be born later this year. But the experiments have attracted so much attention that the incident could alter research for years to come.

The world of Consultancy

As you know I’ve been in consultancy for a while, (although one particular stint with a global firm nearly breaking me with the lack of work/life balance), but as I settle into 2020 with a two year project I’m firmly embedded in I continue to have the same thoughts and opinions generally about IT and Tech consultancy. I do a lot of work on Digital Transformation and I often find myself banging on about storytelling which has been a big thing for me this year. So many people cannot communicate technology in a way which resonates with everyone, and one of my bugbears in consultancies which also contribute to this problem. So I’ve spoken a lot about communication. I’ve also spoken a lot about the bullshit that centres around the world of Agile. And don’t get me started on Target Operating Models

Technologies to watch for in 2020

We all love a good list, so here’s a few of mine as we hurtle into the 4th industrial revolution. Up first, I’m asked about what tech will be hot in 2020, so here’s my opinion; A couple of colleagues of mine made a ‘Mario bingo buzzword chart’ on a recent project, as I found myself constantly using certain terms. I still use them to this day, but even I irritate myself;

Things which I see which fck projects up

Things I’m going to do less of

Things I’m going to do more of

My picture of the year

My most favourite picture I took this year; I never managed to get around to buying a PS4, which I was going to do just to play Death Stranding. Although I did watch many a YouTube video walkthrough so felt I’ve lived a lot of the game anyway! I have however, been playing lots of F1 2019 and Minecraft….which after all this time I’ve only just started getting into, so maybe expect some videos of that with me & Mia in the New Year.

The world has gone to shit. Our political leaders are single-handedly ruining our lives, our democracy and our children’s futures. Nature continues to highlight global warming is a fucking thing. Shit is literally catching on fire in parts of the world and Trumps response is ……’fake news’.

Social media exposes the human race for what it is (mostly), a surging cesspool of jealously, distrust and violent racism. Mean average IQ’s are lowering, general health is decaying with new generations being propped up on a pile of ever costly drugs. Despite advancements in Science and Technology, people on Twitter still fail to grasp the basic concepts of human decency, logic and common sense. Our ideas, notions and perspectives all shaped by the media houses of our generation. YouTube comments continue to show the human race in all it’s glory.

We don’t know why we hate particular people, companies or things, we’re just told to and we should, and that’s exactly what we do. Companies continue to bend the law, abusing our trust, privacy and putting us at huge risk, and we continue to in turn, give them access to every part of our lives so they can do it more efficiently. Silicon Valley continues to be a bubble of other-worldly logic with companies like Theranos showing how truly vapid the whole technology fucking start-up scene can be. Musk’s building killer self-driving cars, Uber’s cornered the market on Taxi-based crime and 5G is destined to boil our insides like giblets in a Turkey. But who wants mind bendingly fast internet from their taxi without a driver? I do! Sign me up!

We’re force fed culture and bullshit like ‘Fyre Festival’ from twats like Ja Rule who get rich on the back of others stupidity and we lap it up, wanting more.

Trump and Bojo stir the political pot with a previously unseen level of stupidity the ever. The ever-encompassing Facebook hangs on the back of the conversation ensuring it’s the mass-population thought control device of our time. Forget subliminal advertising of the 50’s and 60’s, we’re all jacked straight in now getting our next micro-Dopamine hit with Zuck controlling those puppet strings.

People are getting poorer, jobs are getting scarcer, the world more dangerous and the risk of civil unrest, global war and terrorism an everyday occurrence. Lil’ Wayne continues to put out records, China starts gene editing humans using CRISPR and we have a national shortage of Nurses, Doctors, Teachers and other Emergency service personnel. I still can’t buy Voss water from the local Tesco.

It’s ok though, our UK military’s in a great state right?

And tonight, tonight there’ll be swathes of people in bars and pubs across the land, waiting to get served a massively over-priced alcoholic drink whilst being pressed against a sweaty aggressive overweight fellow human, with music too loud, conversation too short and all before falling into the street to vomit into a kebab and get stuck into a punch up between Steve and Callum. Leave it Sharon, he’s not worth it.

Enjoy that drink won’t you. 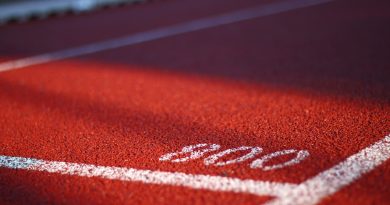 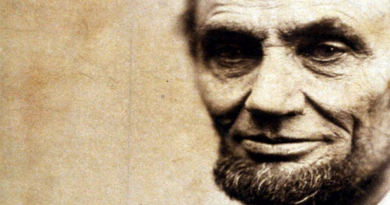 Leadership & Leaders in IT & Tech 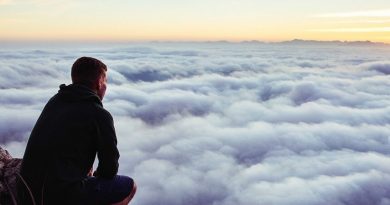 Patience is a virtue do you have it?