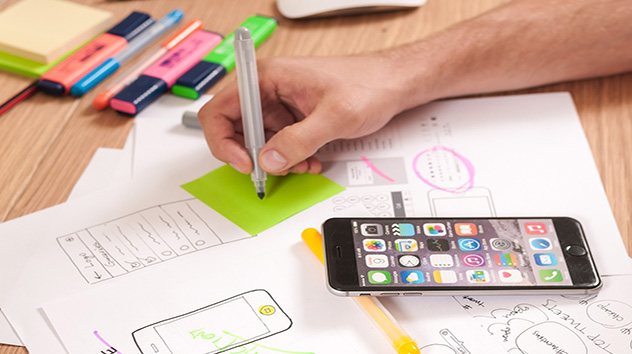 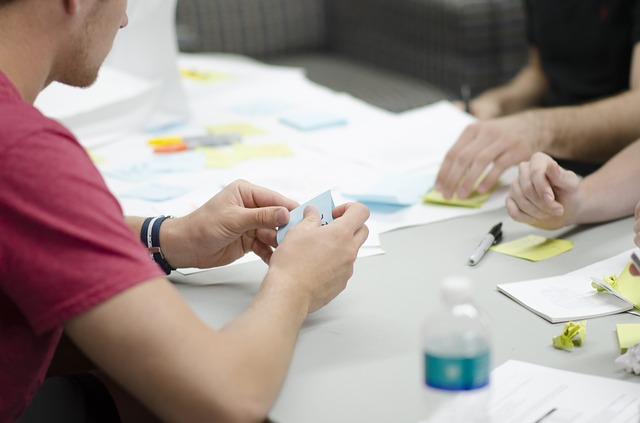 My heads not really in the game at the minute, but I’ve just read an article on design which really resonated with me so I wanted to drag myself into my office to write a blog post. (excuse the creased monogrammed dressing gown, the just-got-up hair & the grumpy persona, I’m usually quite nice!)  I’m currently watching all kinds of crazy decisions being made in terms of technology & I wanted to offer an opinion based on what I think I know. Certainly when it comes to product, software & application design.  Now, don’t get your knickers in a twist, I know it’s a bit of a contentious topic, but………..(insert slow dramatic piano arpeggio here)

What the fuck are you seriously doing, having all that user research done up front? Really?

When it comes to building product, be that an app, website or piece of software, nothing (and I mean NOTHING) is better than something tangible like a high fidelity prototype, and actually getting it in front of your assumed audience. Up front user research for me, is starting to look a lot like a waste of fucking time. Sorry there, I said it.  By building a prototype first, basically you’re getting to the mistakes quicker.  In fact, actually building a ropey first version of the product is better than anything. At least you can start collecting data, (infinitely more usable data), you can start to see how people interact with your product and you can start identifying problems right away. This is useful, it helps shape the product, shape the offering and is based on actually doing stuff, real stuff, with real people & real-world examples. You know, that standard Agile stuff that everyone claims to do?! 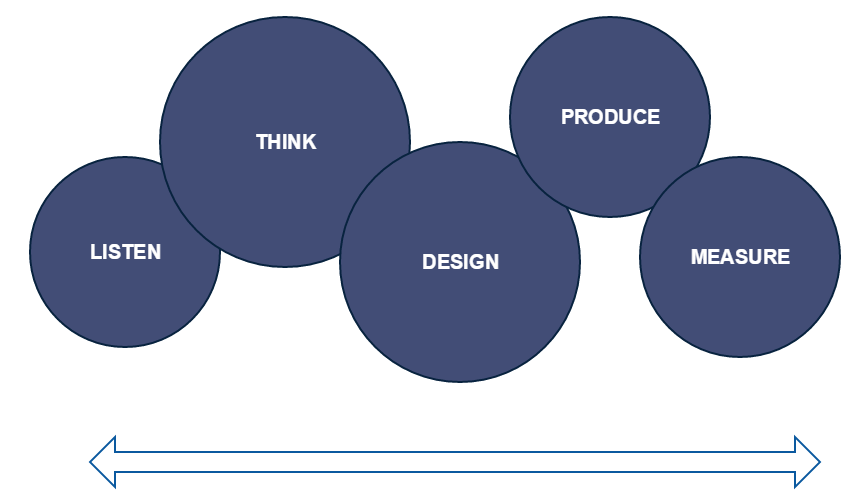 Look at that process example to the right? You see so many agencies either rolling this out as a process advert, or aspiring to it. Clients lap this shit up.  And it makes sense in theory though, so don’t get me wrong – but what’s wrong with moving the design and produce bit to the front, and listening and thinking throughout?

What I’m starting to fundamentally disagree with though as companies still fail to adopt Agile culture, is the extensive user research phase up front. Persona building, User Stories ( a pet hate of mine, ‘as a user I want to etc etc’  )  Interviews, mind maps, you know the stuff, Post-It notes on a fucking whiteboard digital agencies charge thousands for- trying to get under the skin of your customers before you’ve even built anything or understood what they want. You see, we are all drip fed that ‘it’s better to make decisions based on insight’ and that’s exactly right, I mean, I’m not suggesting going off half-cocked. However what’s clear to me is understanding user personas and your audience from a conceptual perspective and the reality of how they will behave with your product you have still yet to design is a massive chasm of difference. I’m not suggesting you run & jump into fiery corona’s of bad decisions after bad decisions but actually build something quickly and look into how that works first.

How many times have you seen a big reveal of a product, after weeks of up front user research to find a massive fucking issue, or a massive gaping hole where something should be – all that time, wasted, when you could have been building!

I’m tired of looking at user personas, knowing the ‘audience’ inside out & yet having still not built a product to meet a demand, this shit gathers dust in drawers, on wall’s or in manuals which never see the light of fucking day.

Look, I know this is contentious and I’m not suggesting up front research isn’t important, especially when maybe you’re not quite sure what you’re trying to solve, but if you’re delivering a technology product or service to meet a clear need, you kind of know your audience and know how they behave just build the fucking thing first right, all this user persona stuff is just a nice to have.

I’ve worked in so many agencies, skunkworks or led depts. whereby we’ve pained agonizingly over up front UX research and often, its then been left alone never to see the light of day again. Buried in a filing cabinet, or an Intranet portal or something.

I love guitars. You’d think I’d love Martin guitars. Martin guitars for those that don’t know, are mid-professional range guitars, well known, offering a range of models to suit both size, budget & technical playing ability. Most people love Martin guitars. It’s safe to make that assumption. If you mind-mapped me about what I want from a guitar, Martin would be up there as a candidate.

Do you know what? I hate Martin guitars.  They are great but not for me, I hate the shape, their tone, the wood, (probably hate’s a strong word by the way) but I basically don’t get on with them. A bit like I don’t get on with my mother in law – it’s more ‘tolerate’ if you will.  If you’d put one in front of me first (a Martin guitar not a mother in-law), you’d of known that straight away. But mapping my mind may indicate Martin’s a candidate. You get a subsequent false positive and potentially go down a road which ends up a waste of time. You’d of sold me a Martin and I’d actually wanted a Gibson.

Probably a really bad example but you get the jyst.

What am I saying in summary?

Well in summary start to really fucking think seriously about the benefits of really highly detailed up front user research, and what you’ll actually do with all that data once you’ve collected it. If you don’t have a plan for it, then there’s very little point. Sure, do a bit of research, ask a few questions but the best tests for new product design is to build something, and then get it into users hands. 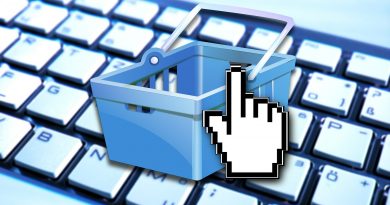 Why your business is fucked. 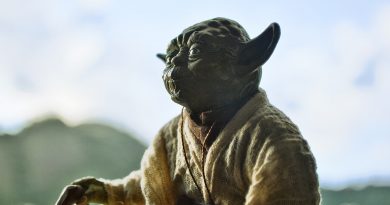 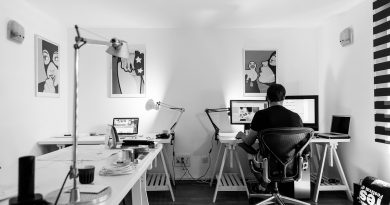 Thinking about a website? This article is for you!

One thought on “Too much User Research & Persona study up front – just why?”