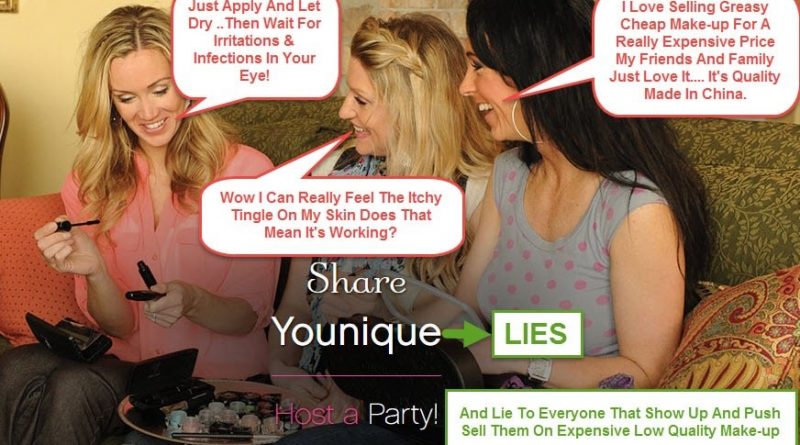 MLM. Network Marketing. Scam selling. Often cited as pyramid schemes or scams but you’ll be sure to have had an ‘amazing life changing opportunity for only a few hours a week’ pop up on your social media feed at some point.

I wanted to write this post as a warning for existing people, friends, family and others I all know involved in various companies such as the ones I mention in this article (but many more exist). I also want to write this post for future clients to refer to, & why I won’t touch you if you come to me asking me for a website to promote one of these types of companies. This is not about pissing on peoples dreams, this is about giving people some tough love.

Here’s why I have a problem with MLM (and you should too).

You’ll have heard of one, know someone who is involved in, or been involved yourself. No longer do people run Avon parties, or deliver Bettaware Catalogues! We’ve evolved! You’ll have seen the posts on social media along with some insidious hashtag such as #teamworkmakesdreamswork or #milliondollarlifestyle typically being peddled by minimum wage students or single mom’s trying to earn a crust. The social media imagery is often some good looking twenty something in a high rise staring melancholy over the New York Landscape with the line something like “I came to America with $500 and a dream – I now earn $9000 a day with a simple formula’….you get the gyst. 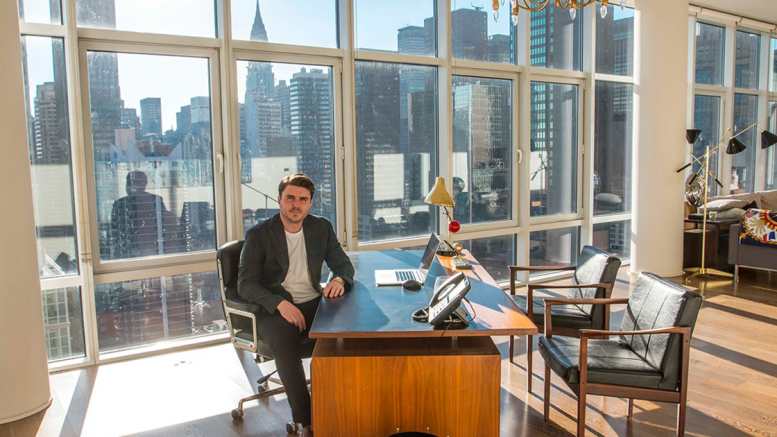 Whether it’s selling cosmetic make up, Forex or stock trading the subject matter is often varied but the process is always the same. You sign up, pay X for some kind of ‘pack’ or inventory or ‘knowledge’ and then you vigorously promote the brand through social media, maybe sell some stuff but importantly promote a lifestyle which usually involves trite inspirational quotes over pictures of serene lanscapes every fucking half hour in the hope some of your friends will be equally interested in becoming millionnaires just from their iPhone & two hours a week! The aim then is you get people working for you and promoting the ‘message’ & in turn, you move up an oblique corporate ladder whilst others at the bottom do the same. If you all keep doing the same thing, you’ll all get to the top and be winning at life. Right?! Bring on the yachts! Collective winning! Fuck yeah! Merica’ yeah! ALL THE DREAMS!

Companies like Younique, Limelife, iMarketsLive often work like this and I have to be careful here, directly and on the surface they aren’t quite a scam par se so don’t get your knickers in a twist legal bods, this is not slander, but it is fact. (read why Younique is shit here or things to consider before joining LimeLife) You can and do earn money. It’s pittance vs the effort, but we’ll come onto that in a bit. I’ve spent weeks if not months researching these companies and hundreds of others like it. The reason being is I have friends, (some who will probably take umbridge when they read this) clients, ex clients and clients I don’t want (who often want websites built and I merely refuse to take the money) and I see the same problems time & time again.

These companies manipulate & take advantage of people who are predisposed to be vulnerable to this shit. If you tell a mom whose working round the clock trying to feed her three kids say, and you offer her a way of earning an extra $2000 a month ‘just from her phone’ then of course her ears are going to prick up.

If you offer someone who has just lost their job and has no income a chance to earn mega bucks all from copying a pre-existing pattern of success (day trading for example), and then they too will be in the money well sure, of course they are going to listen.

(a note when I use the term vulnerable – this month alone I’ve had two clients who have sunk hundreds of pounds they dont have, into shitty reselling MLM and it’s tough to watch. They are so committed and ingrained, failure isnt an option because they are too embarassed. So they put more money in ‘to show everyone’ and the cycle repeats.)

It’s this manipulation of vulnerable people I have an issue with. The manipulation is so ingrained (almost like a cult) that these very people getting involved will defend the companies they are ‘working’ for to the hilt. I’ve witnessed it. No amount of facts, data or scathing truths will sway people away from wanting to work for these companies and that’s because a vision and a dream is often worth more to people than actually doing it for themselves and getting down and dirty and working super hard and making sacrifices. Because doing that and actually generating wealth is hard. Really fucking hard. And life is hard. Success is hard. So offer someone a gold plated shortcut, and they will take it! It’s human nature.

Often, there’s no quick way to earning your potential though whether that’s in cash, or achieving your dreams (whatever that is). You can be sure 100 fucking percent though, it won’t be through flogging someone else’s cheap make up or currency-pair trading, and you wont be able to do it from your arm chair in between putting the kids to bed and just on your iPhone and in six months wondering what high-rise or loft apartment you’ll be purchasing in the meat packing district!

Often these companies may have the odd success story, people so driven and single minded that they’ve ploughed on and actually made some serious real side-cash. However, this is so fucking rare and these companies milk the fuck out of these one off examples and market them religiously as if it’s the norm….  and tell you YOU COULD BE THE SAME! Well you probably can’t. And yeah, you probably won’t. Suck it up. 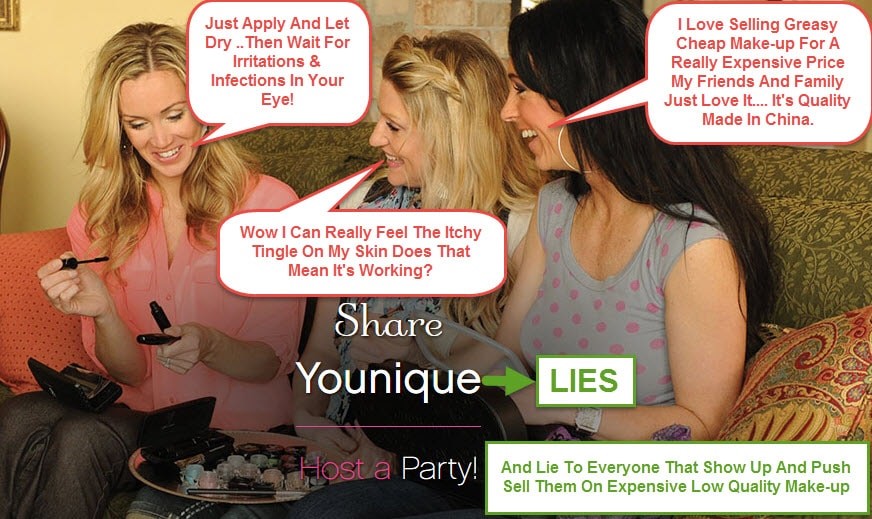 So ask yourself, I mean really fucking ask yourself if the margins on the make up your selling vs the hour upon hour of time you’re investing TELLING others how amazing the opportunity is worth it? Really worth it? How many YouTube Videos, or ‘Make up Parties’ have you done this week? How many Facebook live’s have you done? How much have you earned? Worth it? Really? Convince yourself that extra £20 a week is worth it, but do the math, vs the 5 hours you’ve put in YOU’VE JUST WORKED £4 PR HOUR. YEAH! DREAMS! WINNING! ALL THE YACHTS! 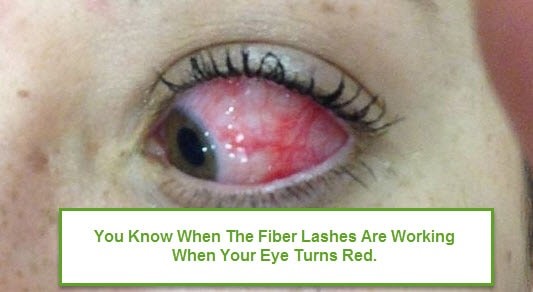 Ask yourself if the £4 per trade you’ve made this week is worth the seven hours a week you’ve spent Tweeting bullshit motivational material or screenshots of said bullshit trades. Is it? Really?

And remember whilst you’re doing this, you’re not promoting yourself (the most important component here), you’re promoting the company in question when in actual fact you could be focussing on you.

This is not pissing on peoples dreams. You gotta dream. But you have to work hard if you want those dreams to be reality. These companies operate in cults and a cult like manner. They hook vulnerable people in. Like cults nay-sayer’s (like me) are often persecuted by the very people I am trying to protect. The lifestyle on offer for a few mere hours of your time per week is infectious, it seems so palpable and within reach anyone criticising is merely a hater. But in the words of Gary Vee, the ‘grind is not glamourous, the dirt isn’t meant to taste good’.

In the example of make-up MLM let’s look at what you could do, instead of spending approx £200 on a starter selling pack and knocking out a shitty re-seller website which pretty much sums up every opportunity online at the minute.

I went to Alibaba.com (a global china wholesaler) and found scores of OEM unbranded make up (EXACTLY THE SAME BEING SOLD ALL OVER THE WORLD by companies like this) and using lipstick as an example, I found a supplier who was able to offer one lipstick for a dollar. (here)

I then found a branding company who could stamp my brand on that lipstick (here) for again, a few dollars. In those two links alone there’s everything there to build your own limelife or Younique. Now, of course, you need CAPEX (capital expenditure) as you need to buy in bulk, but if you were so confident as you say you are then it’d be worth the bank loan as you would have your own branded make up and your own little business. For a few hundred pound you can then set up your own e-commerce website from a company like mine AND THEN YOU COULD GET PEOPLE WORKING FOR YOU. Now isn’t that better than promoting someone else? You do need a few grand up front but if you want to ‘win’ or ‘be a million dollar company’ this is a more productive route to go down. You’ll spend that same amount over a long period of time in EFFORT and achieve ZERO. ABSOLUTLEY FUCKING NOTHING.

Feel free to throw a return ticket in to the commerce district of China, meet a supplier, do a bulk deal and be the proper business person you say you are. You’d have a better business in one foul swoop than any of these bullshit online companies put together. So why aren’t you doing it?

Will people do the above? Probably not because it requires more time, work, and money and people want success quickly and easily – the irony being is it’s not how it works. The human condition is built to take short cuts so companies will always offer ‘easier’ routes to perceived success & get the following because they are manipulating peoples desperation.

So to all my friends, colleagues, clients, please, take the fucking advice. Do not give a fucking penny to these companies whether its for ‘knowledge’ or ‘inventory’ or an initial ‘sales pack’. Seriously think about what you’re doing and ask yourself if the effort you are putting in is worth the gain. If it is, great, fill your boots. But in the decade I’ve seen people peddling this shit do you know how many people I’ve seen ‘make it’?

To slowly disappear off Facebook to re-emerge with a new ‘much better’ business later down the line. 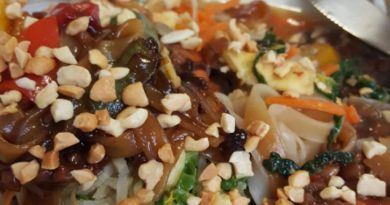 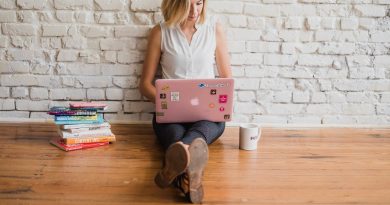 Secure A Marketing Job With These Key Tips

One thought on “Why MLM is a disaster.”

@NickoliTheRed There’s no one there is there Nick? It’s just a second pint after you smash the first one

How To Make Your Business More Eco-Friendly

Being greener is not only good for the planet, but it can make you feel better and be a selling